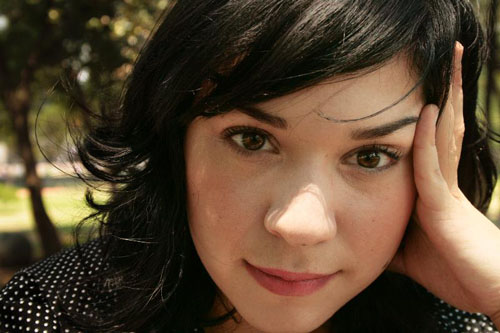 South by Southwest , Austin,Texas is an opportunity for new and independent artists to showcase their talent with hopes of signing a record deal or simply to gain a new audience in the United States. And Mexican singer Carla Morrison, who performed at one of BMI’s showcase, is no exception.

“This is my first time at the festival and it has been a great experience. The people have been very receptive”, says Morrison. Her music folk alternative rock is inspired from the music of the 50s and 60s. Morrison studied music for a short period of time in Arizona before returning to her native Mexico to record her solo album Aprendiendo A Aprender. She quickly gained interest from Julieta Venegas and Natalia LaFourcade. LaFourcade, produced Morrison’s latest EP Mientras Tú Dormías.

While she has gained success in her native Mexico, she chooses to remain an independent artist. “Some labels treat artists like objects rather than artists. Independent artists have more control of their music and career.” For now, Carla Morrison is doing what she does best, performing and recording.

With her unique style and sweet melodic voice, expect to hear more from this emerging artist. Check out her video “Yo Sigo Aqui.”
To enjoy more of Carla Morrsion’s Music and videos go to :